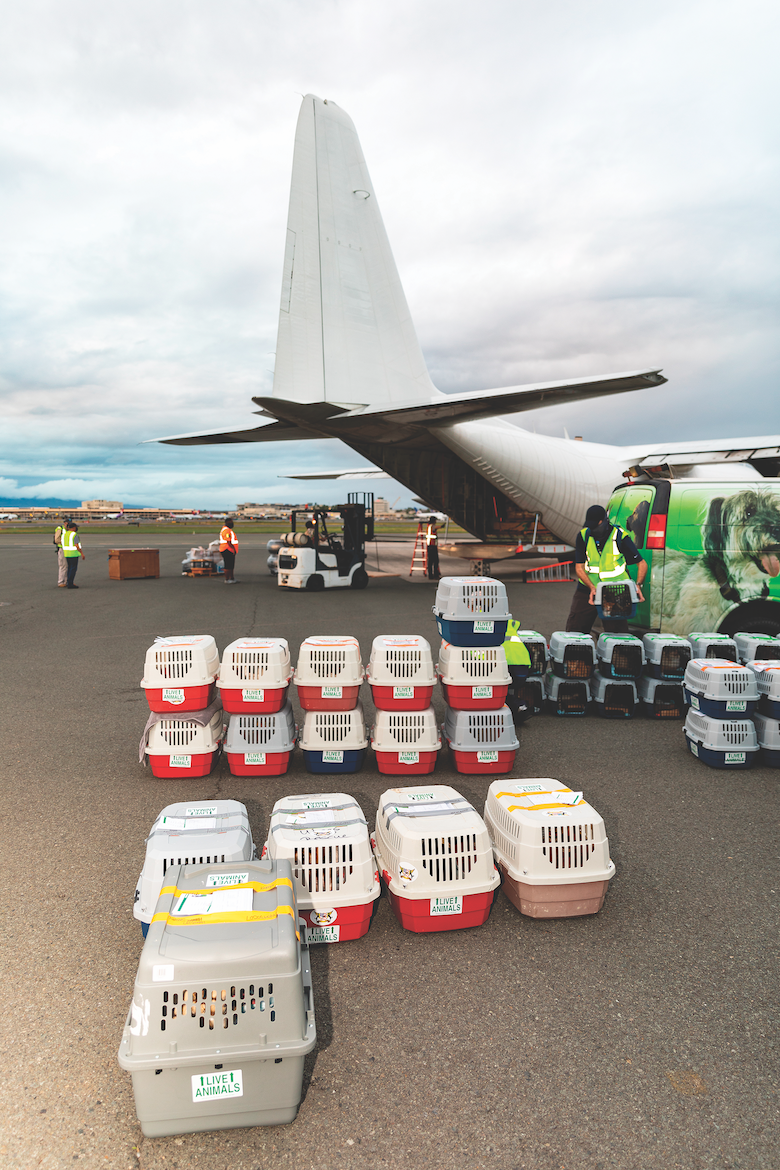 This 12 months, Hawaiian shelters have been thrust right into a COVID-19 disaster. Normal operations had been affected by months of shutdowns, financial downturn and restricted hours. Greater Good Charities partnered with the John R. Peterson Foundation and Wings of Rescue to launch Paws Across the Pacific to make room in Hawaii’s shelters for at-risk pets who in any other case wouldn’t have the ability to obtain the required care to outlive. The airlift was carried out in coordination with the Hawaii Veterinary Medical Association, guaranteeing the protection and well being of the pets on the flight.

On October 28, Paws Across the Pacific turned the biggest pet rescue flight in historical past, by boarding practically 600 shelter canine and cats on a chartered Hercules C-130 plane that made stops on Kauai, Oahu, Maui and Hawaii islands. The flight took the pets to Seattle, Washington, the place pet shelters and rescue teams picked them up, whereas 120 of the animals continued their journey on a smaller aircraft to Walla Walla, Washington, and Coeur d’Alene, Idaho. Some of the fortunate four-footed vacationers have already discovered their perpetually houses.

Learn extra in regards to the impression of this historic flight at greatergood.org.